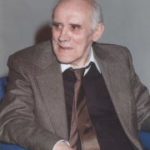 Ron Berry (1920 – 1997, E) was born in Blaencwm, Rhondda where he remained for most his life, his books reflect the working class of the industrial valleys though his vision is more optimistic and there is less concern for politics and religion which was expressed by many of his contemporaries. Although largely overlooked during his lifetime, Berry has been embraced by contemporary Welsh authors including Rachel Trezise. He left school at fourteen and he worked at the local colliery. Upon the outbreak of World War II he served in the British Army and later in the Merchant Navy. His first work was Hunters and Hunted (1960), which followed the sexual adventures of three men over three seasons in a Welsh valley. Over the next ten years he published a further four novels.