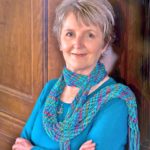 Mary Balogh (1944, E) is from Swansea, and is a Welsh-Canadian novelist writing historical romance. She moved to Canada on a two-year teaching contract in 1967 after leaving university and settled in the small prairie town of Kipling, Saskatchewan. She taught high-school English for a number of years, and rose to the level of school principal. She discovered the world of the Regency romance set in Regency or Georgian England or Wales. She didn’t begin her writing career until 1983, but has since authored more than 60 published novels and over 30 novellas. She has received numerous awards, including a Romantic Times Career Achievement Award for Regency Short Stories in 1993 and has appeared on the New York Times best-seller list.