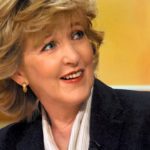 Juliet Ace (1938, E) is a dramatist and screenwriter who has contributed to EastEnders and The District Nurse. Born in Llanelli, she was educated at Llanelli Girls’ Grammar School, City of Coventry Training College, (later University of Warwick), where she specialised in drama and art. She also supplied many original scripts and dramatisations to BBC Radio drama, including The Archers. She wrote the screenplay for Cameleon, which won the Golden Spire Award for Best Dramatic Television Feature at the 1998 San Francisco International Film Festival.