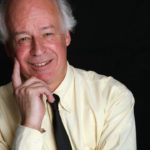 John Osmond (1946, E) was born in Abergavenny and educated at Bristol University before beginning his career with Yorkshire Post newspapers.  He is a journalist, writer and television producer.  He was political correspondent with the Western Mail during the 1970s, Editor of ARCADE: Wales Fortnightly 1980-82, a journalist and producer with HTV Wales and then Deputy Editor of Wales on Sunday at its launch in 1988.  He was chair of the Welsh Union of Writers in the late 1980s and Chair of the Parliament of Wales Campaign during the early 1990s.  He was founding director of the Institute of Welsh Affairs, 1996-2014.