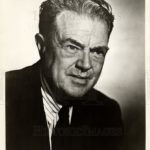 Idwal Jones (1890 – 1964) was born in Ffestiniog. His father was an engineer and geologist who in 1902 brought the family to the slate-quarrying region of Pennsylvania.  He studied mechanical engineering in New York, which led to an interest in the California gold rush, and he moved to the there in 1911.  He began his literary career writing book reviews for the San Francisco Chronicle, and later had his own columns in, The San Francisco Examiner ‘Rediscovering San Francisco’ and ‘Passing By’.  Some of his most famous works include:  ‘The Vineyard’ and ‘Ark of Empire: San Francisco’s Montgomery Block’.  The Vineyard tells the story of Napa Valley citizens and their love for the land.  His first novel, ‘The Splendid Shilling’, came out in 1926, with a storyline that mirrored his own, shifting from Wales to California during the Gold Rush.