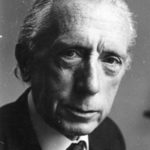 Rhys Davies (1901 – 1978, E) was born in Blaenclydach and became one of the most prolific Welsh prose writers of the 20th century. He wrote approximately one hundred short stories, as well as twenty novels, three novellas, two books about Wales and an autobiography. Though he lived largely in London, Davies’ work is often set in Wales. He attended Porth County School, but left at fourteen and worked in his parents’ grocer shop. He briefly worked in Cardiff at a corn-merchant’s warehouse before moving to London, where he began his literary career with the publication of a number of short stories. His first novel, ‘The Withered Root’ had good reviews and an advance for his second novel helped him remain a full-time writer. It was at this time (1928–29) that Davies was invited to stay with D. H. Lawrence and Frieda Lawrence in France. Rhys Davies smuggled a manuscript copy of Lawrence’s ‘Pansies’ into Britain and arranged for it to be published by Charles Lahr. Davies was homosexual, though he never wrote publicly about it. After the war he lived with the Scottish writer Fred Urquhart for a few years before moving to Brighton with friends. By 1955 he had moved back to London. Davies was made financially secure by two legacies left to him, one from the estate of novelist Anna Kavan and the second from Louise Taylor. He was awarded an OBE in 1968 and his story ‘The Chosen One’, originally published in The New Yorker, won an Edgar Allan Poe Award in 1967. In 1991, after his death, the Rhys Davies Trust was established to promote short fiction by Welsh authors in the English language.