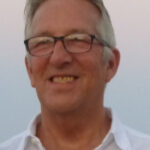 Nigel Jarrett is from Pontnewydd and read botany and zoology at Cardiff University. A former journalist with South Wales Argus he is now a poet, essayist, novelist, story-writer, and critic. He won the Rhys Davies Award and the inaugural Templar Shorts award in 2016. Jarrett writes for Jazz Journal, Acumen poetry magazine, the Wales Arts Review, and many others. In August 2022 he will be ‘Author of the Month’ for the National Library of Wales’s digital libraries project. He has published three collections of stories, a novel, a poetry collection, and co-edited a book about Arthur Machen.