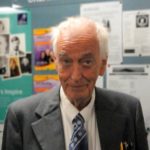 John Davies (1938 – 2015) was born in Rhondda and studied at both University College, Cardiff, and Trinity College, Cambridge. A historian, and a television and radio broadcaster. After teaching Welsh history at the University of Wales, Aberystwyth, he retired to Cardiff, and appeared frequently as a presenter and contributor to history programmes on television and radio. In the mid-1980s, Davies was commissioned to write a concise history of Wales by Penguin Books to add to its Pelican series of the histories of nations. The decision by Penguin to commission the volume in Welsh was “unexpected and highly commendable,” wrote Davies.