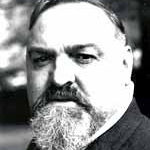 Harri Webb (1920 – 1994) was a poet, Welsh nationalist, journalist and librarian. Born in Swansea, in 1938 he won a LEA scholarship to the University of Oxford to study languages, specialising in French, Spanish and Portuguese. He volunteered for the Royal Navy, where he served during World War II as an interpreter, including work with the Free French in the Mediterranean region, with periods in Algeria and Palestine, and action in the north Atlantic. Returning to Wales he moved to Merthyr Tydfil to work as a librarian. Two years later he published Dic Penderyn and the Merthyr Rising of 1831, a pamphlet in which he somewhat imaginatively retells the story of the rebellion. Webb’s poetry is marked by his radical Welsh nationalist politics and a quasi-Christian sensibility. In form it was often simple and comic, in order that it might influence a wide audience.