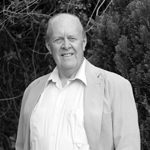 David Hodges (1944, E) is originally from Ilford but after many years travel around the UK and forty years association with Wales he has finally settled in Pembroke.  A former superintendent with Thames Valley Police, he is a prolific crime writer and author of eleven crime novels to date, plus an autobiography on his life in the police service.  He is the author of several successful stand-alone thrillers, including ‘Blast’ and ‘Target’.  In particular, his Somerset Murder Series, featuring the exploits of feisty detective, Kate Lewis (nee Hamblin), and her easy-going partner, Hayden, have gone from strength to strength, attracting keen interest in the USA as well as in Britain.