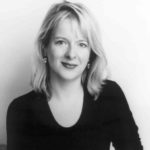 Allison Pearson (1960, E) is an author and newspaper columnist. Her novel I Don’t Know How She Does It, published in 2002, has sold four million copies and been made into a movie starring Sarah Jessica Parker.  Born in Carmarthen, she studied English at Clare College, Cambridge, then taught at an inner London school. She has worked for the Daily Mail, London’s Evening Standard, The Daily Telegraph, Financial Times and The Independent.  She is often on television as a TV critic, presenter or panellist. In May 2008, Pearson upset Sarah Ferguson, the Duchess of York, by suggesting her daughter Princess Beatrice was overweight. She was also criticised for a tweet sent less than an hour after the first of the 22 March 2016 Belgian bombings in which she linked them with the case for leaving the European Union, a position she had supported in a column. Following the May 2017 Manchester Arena bombing at the end of a concert, Pearson called for the introduction of internment.